Hyundai Kona 2.0 Executive is an interesting but pricey option 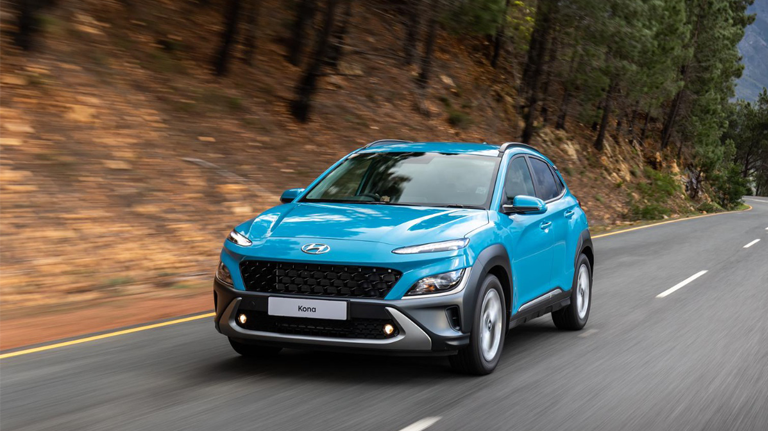 I don’t often have much trouble figuring out where a car fits in, but I must admit that at first I struggled to make sense of the new Hyundai Kona.

But it’s not always about size. Truth be told, the Hyundai Creta is a completely different kind of crossover. Whereas the Creta is a more budget-friendly package that hails from India, the Kona was designed primarily for the more affluent European market and as a result it has a more sporty and upmarket countenance. Hyundai sees the Kona as a rival to the Volkswagen T-Roc, Mazda CX-30 and even the Audi Q2.

And funky it is. Our test car was painted in the bright ’Surfy Blue’ hue which suits the recently facelifted crossover down to a tee. I say crossover because the vehicle, with its 170mm ground clearance and relatively low body height is probably as much a hatchback as it is an SUV, and the turbocharged N Line version could probably substitute for a hot hatch at a push.

Our car was a 2.0-litre Executive ‘base’ model, which comes with Hyundai’s new Smartstream 2.0 Nu Atkinson naturally aspirated petrol engine. Paired up with an IVT gearbox, which is basically a CVT with seven built-in steps, the engine sends 110kW and 179Nm to the front wheels.

Although a normally aspirated engine and CVT gearbox are usually a frustrating recipe for lots of droning and not much performance, I was actually surprised at how spirited it felt, especially around town. It helps that the vehicle, with its kerb weight of 1 280kg, is relatively light for a C-segment SUV. That said, it can still get a bit droney when you’re flooring it at higher speeds, to overtake for instance. If you do a lot of long-distance driving and seek effortless performance, the 1.6-litre turbocharged Exec model, with 146kW, is probably worth the extra 40 grand that Hyundai charges.

Hyundai claims a combined fuel consumption figure of 6.5 litres per 100km, but in real world conditions you’re likely to use between 7 and 8 l/100km if you’re not too eager with the throttle.

At this end of the market there isn’t really much to fault the chassis of the Hyundai Kona. The ride is comfortable and it handles neatly and the steering also feels surprisingly direct. It’s well balanced all round.

The cabin is neat and well laid out, albeit not quite as funky as the car’s exterior might lead you to expect. The interior materials are of a decent quality, as decent as you would expect at the price, and overall build quality is really impressive.

It’s not very practical though, with rear legroom being on the tight side, affording no real stretching space for occupants. The boot, however, offers a reasonably decent capacity of 544 litres with the seats in place.

The 2021 facelift brought with it an upgraded 8.0-inch infotainment system which now has wireless Apple CarPlay and Android Auto as well as a reverse camera. A wireless cell phone charging pad is also part of the deal, while rear seat passengers now get a USB port.

Hyundai has no shortage of SUVs and crossovers on offer, a total of six to be precise, spanning a wide price range from R262 500 to just over a million. It’s really impressive that Hyundai gives South Africans such a wide choice, but the Kona perhaps falls a bit short when it comes to outright value and practicality. You could, for instance, get a very nice Toyota Corolla Cross for a lot less money.

But in fairness, Hyundai isn’t really pitching the Kona at this ‘sensible’ market. If you’re looking for something funky and different, the Kona is an interesting and refreshing choice, and it’s also well made and impressively refined. If you can get a tempting enough discount (Hyundai’s website was offering R30 000 cash-back at the time of writing), it might well be worth a look-in.

SA vehicle sales off to a very good start; these were the top brands in January

Suzuki breaks all major records in one month