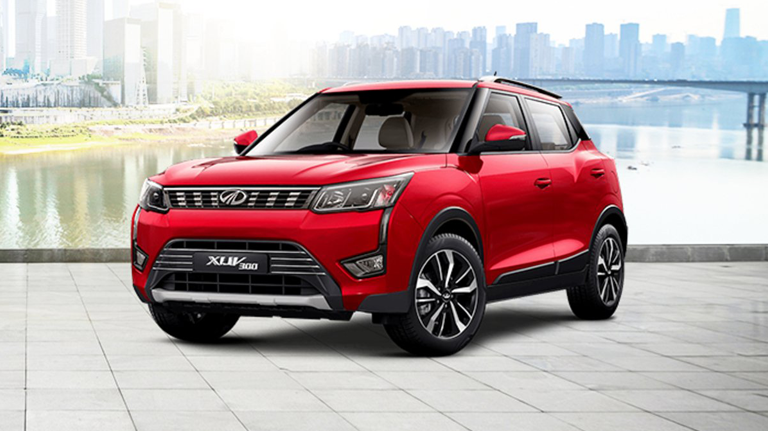 In 2020, the Mahindra XUV300 received a full five-star score from the Global New Car Assessment Programme (GNCAP). The South African version of the vehicle was sent to the organisation last year, and it too received full marks for safety. To celebrate the XUV300’s achievements, Mahindra South Africa is reintroducing the vehicle with updated features and the title of Safest Car in Africa.

Mahindra South Africa invited Wheels24 to sample the latest XUV300 in range topping W8 specification this month in Johannesburg and we came away loving everything about the update, but we did miss one key feature, which we’ll touch on later.

Like the Chery Tiggo 4 Pro (more than 500 units sold last month) and the Haval Jolion (more than 1 000 units sold last month), the Mahindra XUV300 is available in a variety of trim levels and at various price points to cater to all sorts of mobility requirements. It has these two cars square in its sights as it rolls out to dealers nationwide this month. Mahindra sales have been rising in South Africa too, as they have sold more than 1 000 vehicles again last month on the back of a similarly successful January.

The XUV300 boasts several interior upgrades to all specification levels. All models, including the entry-level XUV300 W4 now has a dark interior with black dashboard design and black seat upholstery. The upholstery is further upgraded from cloth to black leatherette on the W8 models.

This upgraded interior replaces the ivory and beige interior of the XUV300 model and follows the feedback from customers who opted for a darker interior for a greater feeling of luxury and greater practicality when travelling with children.

Another significant upgrade has been made to the XUV300 infotainment system. A new 9-inch touchscreen infotainment system replaces the 7-inch one in old model and all specification levels that are fitted with the touch screen (W4 SE, W6 and W8) offer Apple CarPlay and Android Auto as standard.

Moving from the W4 SE to the W6 and you find more luxuries previously not available at this specification level. This includes a rear window wiper and demister and an embedded satellite navigation system. Mahindra has also added cruise control to the W6 specification level as a standard feature.

Stepping up from the W6, the W8 delivers on all the luxuries expected from a flagship. You get dual zone climate control, a leather clad steering wheel, a tyre pressure monitoring system and sunroof. This model also offers a self-dimming rear-view mirror, automatic headlamps and window wipers and additional height adjustment for the driver’s seat.

The XUV300 will continue to offer both a petrol and diesel option, except in the entry-level W4 that will only be available with a petrol engine. The 1.2-litre turbocharged petrol engine is Mahindra’s own three-cylinder unit that punches out 81kW at 5 000rpm and 200 Nm between 2 000rpm and 3 500rpm. We didn’t get a chance to drive this one, but Mahindra has promised us a go in it once it’s added to the media fleet as we believe this will be the best-selling version (W4) in the range.

The diesel engine is a brand-new four-cylinder 1.5 litre turbocharged unit that delivers 86kW at 3 750rpm and 300Nm between 1 500rpm and 2 500rpm. Both engine options deliver some of the best torque figures in their class and both are mated to a six-speed manual gearbox that drives the front wheels. We enjoyed the diesel engine on the launch drive as it required little revs to make haste and it was supremely economical despite the car being brand new and tight. Compact diesel engine crossovers and SUVs are becoming scarce.

The W8 with the diesel engine will certainly appeal to you if you need something that can do the daily commute in luxury and carry you and your family to the coast or inland during holidays. We only missed having an automatic transmission in the range topper that we drove. There’s absolutely nothing wrong with the manual, as it offers a light and accurate throw, and the clutch is easy to modulate. We just think that an autobox would work best here, as more consumers are preferring self-shifters these days. Mahindra says it had tested an AMT automatic for the local market, but they decided against it.

Worthy consideration in a hot segment

This B-SUV/crossover segment is booming, and most car makers are trying to captivate consumers with hot models now. The Mahindra XUV300 appeals to us here with smart styling, impressive new features, and impressive safety credentials. It’s packed with active and passive features and there’s so much comfort here that it’s hard to not recommend it as a worthwhile alternative to the hugely popular Chery Tiggo 4 Pro and the Haval Jolion. If we were buying, we’d go for the range topping W8 or the new W4 SE to save some bucks. Either way, you’ll get a decent warranty and a service plan to keep running costs in check for the next half a decade.

All models come with a five-year or 150 000km mechanical warranty and a three-year or 50 000km Service Plan.