Penta Motor Group sponsors the boxing match of the year 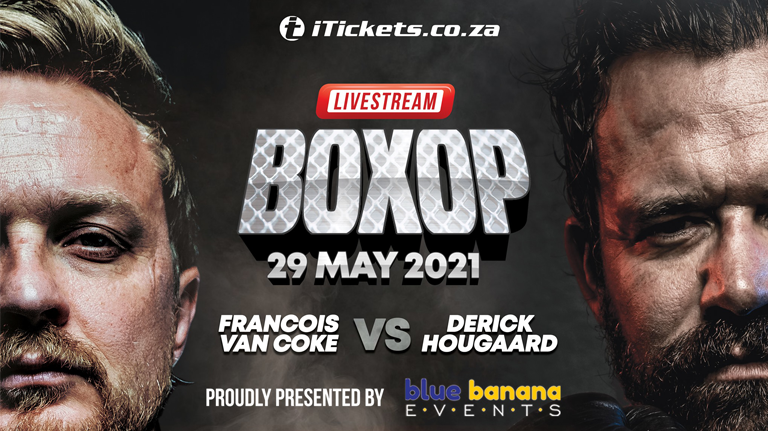 Van Coke admitted that he had to make serious preparations for the fight against Hougaard. “He was a professional sportsman,” said Van Coke, “and I’ve been in a fight or two in bars.”
Hougaard said boxing was not part of his plan. “Was it part of my plans? No,” he said. “But do I want to live in repentance and sorrow? Not at all. If that means I have to box to get myself out of it, this is my path and I will do it. Because facing your fears will set you free.”

Hougaard indicated he saw the boxing match as a comeback. “You can break a person, but you will never change who he is. He just needs to find himself again.”
Fans could be in Francois or Liefling’s corner, but rock won the night with Francois van Coke showing Derick Hougaard who’s the boss of the ring.

Penta Motor Group Suzuki was a proud sponsor of the event and supplied both Francois and Derick with brand new Suzuki Brezzas – driving the two celebrities in style and giving them a taste of The Penta Experience.
‘Life’s too short to drive boring cars. Dankie @Suzuki SA en @Penta Motor Group. Dit is n’ moerse BREZZA voorreg om hierdie luxury te kan beleef vir die volgende 6 weke’ – Derick Hougaard.
Penta Motor Group set up fan parks at their Menlyn and Klerksdorp dealerships to give their clients access to the live stream which was a huge success.