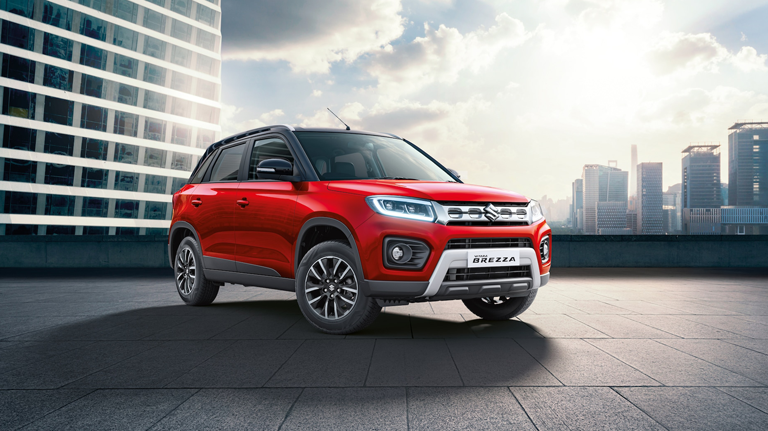 Many people will tell you that the original will always be better than a replica.

The premise being alluded to here is the recent ‘copy and paste’ partnership between Suzuki and Toyota, where original models like the Baleno and Vitara Brezza have birthed doppelgangers from Aichi in form of the Starlet and Urban Cruiser.

According to recent reports, Suzuki South Africa claims Toyota is not ripping them off by selling rebranded versions of their own cars. In actual fact, the partnership is beneficial to both parties where sales and build platforms are concerned.

The latter has taken like a duck to water in South Africa with a number of compact passenger cars and, since 2016, is also India’s best-selling offering. Another notch in Suzuki‘s belt is how their marketing is implemented and that their pricing represents real value for money – starting with the S-Presso that has a starting retail price of R149 900.

Suzuki is enjoying incredible sales success locally – in February in particular, where they sold a total of 2 142 new vehicles – and they’ve been on a model offensive in 2021, launching a refreshed version of the popular Swift as well as the Vitara Brezza compact SUV.

Prospective buyers can choose from either entry GL or the higher-specced GLX trim levels coupled to either a four-speed automatic or five-speed manual transmission. Models across the range employ a 1.5-litre engine good for 77kW and 136Nm.

The test mule in the spotlight here is the GLX that uses a five-speed manual and retails for R289 900. Exclusive to GLX models is a choice of dual-tone colours, and this particular model is coated in Granite Grey with an Orange roof – a blue and red body with a black roof is also available. Alternatively, there is a wide range of solid body colours to choose from – Pearl Arctic White, Premium Silver, Granite Grey, Torque Blue, Sizzling Red and Autumn Orange.

One of the biggest attractions on the outside is the chrome grille, LED projector headlights with daytime running lights and the 16-inch machined alloy wheels. The electric folding side mirrors is another cool addition and activate once the engine is started.

Positioning yourself behind the wheel, sections like the door panels and centre console are of the hard plastic variety, while the fabric seats are surprisingly comfortable together with the elevated 198mm ground clearance. One thing I’ve noticed having driven a plethora of Suzuki models is their ability to not be ‘over the top’ yet do the basics well.

The leather-wrapped steering wheel hosts many intuitive controls like hands-free operation, volume and cruise control buttons. At the same time, the driver can monitor revs, speed and range via the orange-trimmed instrument panel. The seven-inch touchscreen system is the hub with your typical radio, multi-media functionality, as well as Apple CarPlay, Android Auto and Mirrorlink configuration. A single USB port and AUX input is also there to use. Once slotted into reverse, it becomes your eyes from behind with the reverse parking camera.

Living with the Brezza

Many buyers are willing to spend almost R30 000 extra for the automatic transmission option, but there is no need, in all honesty. The five-speed manual is a sure-fire winner, very much comparable to that of the pre-facelifted Swift, and it doesn’t feel out of place – even in the larger shell. For those who would rather have the gears change themselves, there is a four-speed auto in GL (R264 900) or GLX trim (R309 900).

With it being a compact SUV, boot capacity would eventually be judged, and in that department, it makes the grade. The 328-litre boot is more than adequate for month-end shopping runs, though you have to channel your inner Tetris player by shifting items to certain places to make sure they all fit. The slots for bottles also really come in handy for those loose items.

Suzuki claims a fuel consumption figure of 6.2-litre/100km though the best I could manage with and without a load in addition to highway driving was 6.9 – that figure will almost certainly increase with the automatic transmission. Still, it’s more than good enough and the more conservative you drive, the better the frugality.

Even with the bigger 1.5-litre engine displacement, it’s performance is never going to light your hair on fire, well, because its not supposed to. Suzuki built the Vitara Brezza to be frugal and that is one of its esteeming qualities.

One place where the Brezza could improve on is two tiny areas in the rear of the car because sometimes driving on bumpy surfaces it feels as if the inner boot tray is loose, and also the rear seat belt clip hits against the side panel every so now and again. Though not major, it can become irritating over time and possibly specific to the model I had on test.

You really need to be a critic by occupation to find fault with the SUV. It drives well, has plenty of tech, and saves fuel for under R250 000 – the same price you’d pay for a new base model Polo.