Where would Toyota be without Suzuki? A look at sales figures in SA 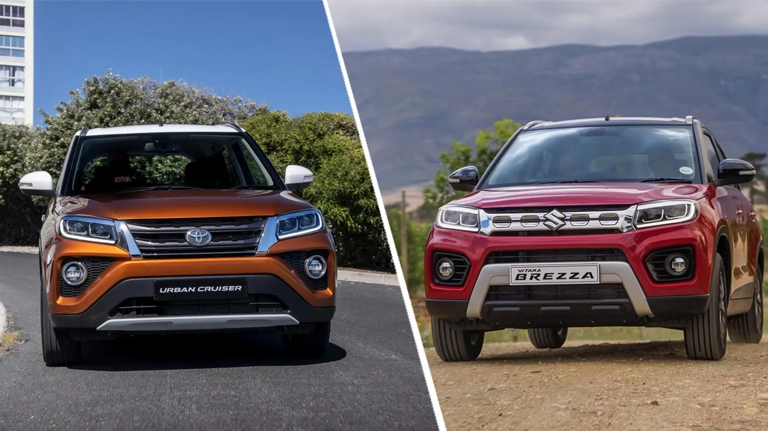 How high would Suzuki Auto SA’s monthly sales figures be if local sales of models that its mother company produces for Toyota were added to its tally? What would Toyota South Africa Motors’ sales stats look like then? We delve into January 2022’s sales statistics to find out…

Alliances are hardly new to the automotive scene. In fact, they’ve enjoyed somewhat of a resurgence in recent years, as manufacturers have again opted to team up in an attempt to mitigate rising research and development costs. One of the most obvious current examples in the South African market is the partnership between Toyota and Suzuki.

We say obvious since the first locally available products of this Japanese alliance – the Indian-built Starlet, Urban Cruiser and Rumion – return to the sort of badge engineering not seen here for decades. Other than an insignia here, a specification tweak there and in some cases a grille or bumper redesign, the final products are identical. Despite this, the rebadged versions have made a habit of easily outselling the originals on which they are based.

Although this fact provides fascinating insight into the power of the Toyota brand in South Africa, it also has us wondering just how big Suzuki Auto SA would be in volume terms if we were to include the models it builds for its alliance partner in its sales figures. And, just as interestingly, where such an experiment would leave the Aichi-based giant.

For the purposes of this exercise, we’ll use January 2022’s freshly released industry figures, which show the Toyota versions again outperformed their Suzuki donors on the sales charts. As the best-selling passenger vehicle of the month, the Starlet (1 472 units) positively thumped the Baleno (110 units). The Urban Cruiser (1 454 units) likewise outpaced the Vitara Brezza (558 units), while even the Rumion (368 units) edged the Ertiga (325 units).

A spot of quick maths illustrates that Suzuki-built models (3 294 units) accounted for a whopping 41.73% of Toyota’s passenger-vehicle sales (7 893 units, excluding Lexus) for the month. Tellingly, that 3 294 figure eclipses Suzuki’s total sales (3 232 units, including light commercial vehicles) for January 2022, despite it being another record month for the Hamamatsu-based company.

It’s not quite that simple, though

Of course, it’s worth pointing out that while the Urban Cruiser competes in a new segment for Toyota and thus potentially represents a fresh stream of sales for the brand, the Starlet and Rumion arrived as replacements for previously popular models in the form of the Etios and Avanza (the latter, though, was actually built by Daihatsu). So, were these two models still in play today, Suzuki may well not have triumphed over Toyota in our theoretical exercise.

In addition, even if it were to lose its Suzuki-built wares, Toyota would remain at the summit of the overall sales table (that is, including commercial vehicles) thanks to the crushing dominance of the Hilux, which is ably supported in that space by the likes of the Hi-Ace.

Still, the results of our little study demonstrate just how well South African buyers have received these badge-engineered models, which have perhaps even surpassed Toyota’s expectations in terms of their local popularity. While the automaker’s mammoth dealership footprint and likely better resale value certainly play a role here (despite Suzuki offering the more attractive warranty and longer service plan), there’s something to be said for the sheer power of the Toyota badge.

The other side of the coin

Where does this leave Suzuki? Well, the firm’s local division has long espoused the rational that the fact South Africa’s biggest brand by volume is prepared to put its name (and thus stake its immensely valuable reputation) on these three products is a powerful confirmation of their quality. And that’s an entirely pertinent point.

It’s also worth keeping in mind Maruti Suzuki is a veritable giant where these vehicles are produced in India (yes, dwarfing Toyota), with eight of that nation’s 10 best-selling passenger cars in 2021 wearing the Suzuki logo. In addition, Suzuki has gained a couple of Toyota-built products, such as the Across (a faintly revised RAV4 Hybrid) and the Swace (a tweaked Corolla wagon), in certain other markets. This is a global alliance, after all.

Notwithstanding the one-sidedness of this partnership on local shores, Suzuki continues its remarkable growth story in South Africa, having delivered a record 27 583 vehicles and grabbed four monthly market-share highs in 2021, before kicking off 2022 with yet another sales record. But the intriguing results of this little exercise perhaps also point to just how much more potential for growth exists.

Suzuki breaks all major records in one month